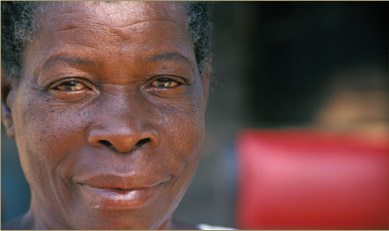 The medical work in Mugonero began in September, 1931 when Dr. John H. Sturges began to treat patients in front of his tent while supervising the construction of the first hospital ward. Two years later the first ward was completed and patients were admitted. People began to trust the medicine of the missionaries and the hospital grew to become an important and integral medical center for the region.   A nursing school was established in 1941, providing training courses for nurses, midwifery, ward aides, and medical assistants.

The civil war which started in 1990 and culminated with the atrocities of the 1994 genocide threw a devastating blow on Mugonero Hospital. The memorial erected at the entrance of the hospital remains as a silent but shocking witness of the appalling events that took place on Mugonero hill and inside the hospital itself. Hundreds of children and adults were mercilessly slaughtered, including many of the hospital workers and their families. The majority of the hospital’s equipment and properties were looted and the buildings were left dilapidated.

Unable to comply with new national regulations, the Nursing School closed its doors in 2006. We work towards elevating the standards at Mugonero Hospital and facilitating the reestablishment of a nursing program.

The path to recovery and modernization has been a long and hard one. The scarcity of local resources is a major hindrance. Today, the hospital struggles to maintain its essential services and is heavily dependent of outside support.

We invite you to visit our Needs and Projects webpage to discover the many ways we are improving care in western Rwanda. Through the support of our dedicated staff and network of global volunteers and donors, Mugonero Hospital will once again be an invaluable medical facility for the people of Rwanda.

If you are interested in participating in the rejuvenation of our hospital please contact our Medical Director.